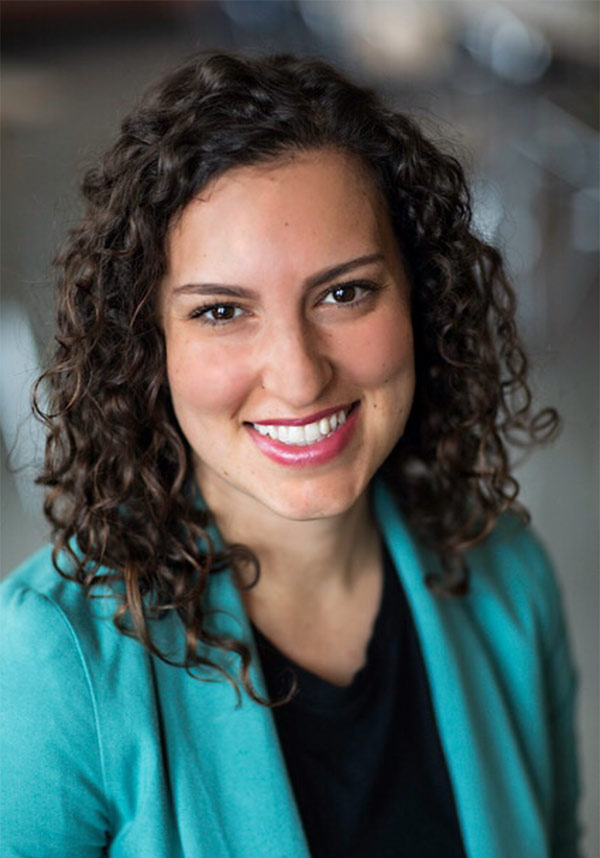 Lana Bunning is a lifelong learner and has a passion for sharing her love of education with her students. After earning a B.S. in Biology and an M.S. in Education from the University at Albany, she began her career with the New York City Department of Education. She has been a public school teacher for over eight years where she has taught math, science, and many other enrichment courses. She proudly holds the title of Model Teacher because of her skill and expertise of best instructional practices and student achievement growth. Lana has also worked as a private tutor for several years with students from kindergarten through high school. Her experiences have ranged from supporting students with academic coaching, test preparation, and executive functioning.

Lana Bunning is thoughtful when designing curriculum and supports for students, ensuring that the instruction is engaging, rigorous, and accessible for all learners. She is able to plan and execute her lessons in this way due to her ability to build a strong rapport with her students. Lana takes the time to get to know each of her students’ strengths and areas of growth, building trust and taking the time to get to know their hobbies and interests outside of the classroom. For these reasons, Lana is a lead teacher on her school’s Instructional Leadership and Equity Teams as well as District 13’s Math Leadership Group.

Lana’s experience educating students has not stopped at the classroom. She has privately tutored students of all ages attending NYC private and public schools, including The Dalton School, Horace Mann, Stuyvesant High School, and The Summit School. She skillfully differentiates instruction for all of her learners, including students with more complex neurocognitive profiles. Her tutoring work integrates monitoring and enhancing students’ executive functioning capacities and skills. She loves working one-on-one and in small groups with students because that is where she can have the most impact.

Lana Bunning is always working towards furthering her own learning in order to engage students at the highest levels. She participated in Honeywell Educators at Space Academy in 2016 where she participated in traditional Space Camp activities such as engineering design challenges, mock flight and space missions, rocket construction and launches with teachers from around the world. Sometimes you can still find her in her blue flight suit! She partnered with University of Washington Burke Museum paleontologists in 2017 to conduct field research on an active site, digging up 66 million year old fossils with teachers and researchers. In 2018, she explored Yellowstone National Park while engaging in STEAM projects to implement into the classroom with her students. She is always learning new ways to reach her students and spark their natural curiosity.

In her free time, Lana loves riding her Peloton and biking outside, snowboarding in the winter months, enjoying the beach waves in the summer, collecting and listening to vinyl records, and sharing meals with friends and family. 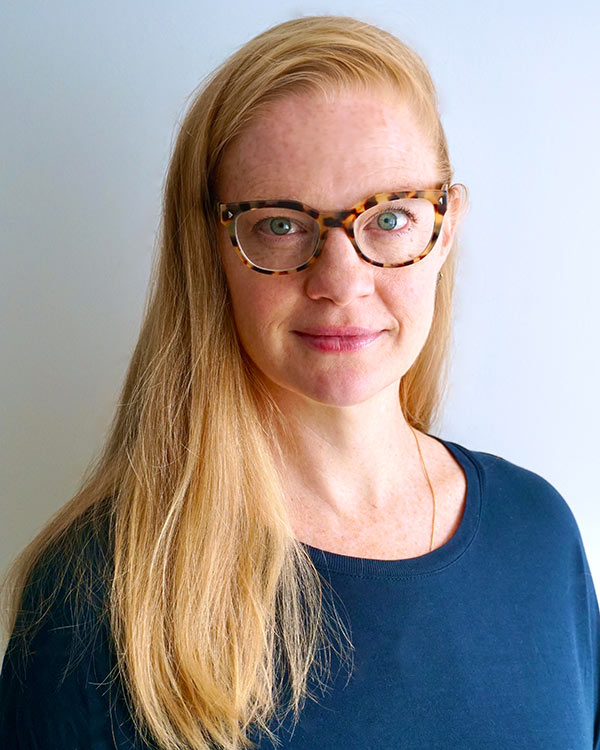 Working in a multitude of school settings over the course of her career has afforded Vanessa Khemlani the opportunity to see the implementation of different approaches and curriculum. She calls on these experiences frequently when creating individualized educational programs. Incorporating elements from The Greenspan Floortime approach, Reggio Emilia and Montessori, Vanessa has worked with a large and wonderfully diverse group of children both in their schools and at home.

For the past four years, she has been working as an independent Educational Facilitator and private tutor to support students and families with successful learning. Working one to one with children in the classroom, integrating emotional, intellectual, social and physical aspects of learning as well as supporting families as they navigate assessments, therapy referrals, neuropsychological evaluations, and ongoing school admissions process. When working in the home, Vanessa Khemlani creates a curriculum to support each child’s growth both in and out of school. Vanessa has received Orton-Gillingham training and incorporates this approach when developing literacy programs.

With a strong understanding of child development, and a working knowledge of how children learn, Vanessa builds working relationships with her students and their families to support sustained academic success.

Starting as an international outdoor adventure guide, Otis Kriegel made his way to the classroom afterwards and has been teaching and tutoring privately for the past 18 years. Having taught in New York City, San Francisco, Los Angeles and Berlin, Germany, Otis has taught all of the grades 1st -8th in monolingual, dual language (Spanish/English), and fully inclusive classroom setting as well as also created and taught a Digital Arts program for a public Middle School in New York City.

Otis Kriegel has expertise with numerous literacy and math programs and approaches such as Words Their Way, Teachers College Reading & Writing Project, Sounds in Motion, Fundations (an Orton-Gillingham based approach), TERC (Investigations), Engage (Zearn), Math City and Marilyn Burns methods of teaching math. He is also well versed in the FOSS and Amplify science curriculums and is very experienced in mixing and matching different curricula and approaches to match the student, group or class with whom he is working.

A product of a Montessori education himself, Otis Kriegel is familiar with these methods as well and utilizes them in his everyday teaching. Otis is also comfortable teaching remotely using many different programs such as Google Classroom, Zoom, Raz Kids, Zearn, Loom, Flipgrid and other platforms that make remote learning both effective, captivating and fun!

Otis Kriegel was an adjunct professor at New York University and a guest speaker at The Bank Street College of Education, City College of New York, Touro College and others. An experienced presenter, Oits has spoken at numerous conferences and given workshops to hundreds of new and veteran teachers alike, as well as consulted with educational administrators and principals. He wrote Everything a New Elementary School Teacher REALLY Needs to Know (But Didn’t Learn in College) (Free Spirit, 2013) and Starting School Right: How do I plan for a successful first week in my classroom? (ASCD Arias, 2016). Most recently, Otis has been giving virtual workshops to corporations and organizations such as The Gap, The Office of the Mayor of the City of New York, Hoot Suite, TMP and others on how families can balance working from home while educating their child during the pandemic.

Otis is also an artist, who cofounded the public art collective, Illegal Art, whose book, Suggestion (August 2005), was published by Chronicle Books. Their work has been featured by such media outlets as National Public Radio’s “All Things Considered,” New York Magazine, Los Angeles Times, The Boston Globe, Public Art Review and The New York Times Op Art page. His work has been exhibited, commissioned and published in catalogs throughout the Americas, Europe, Asia and The Middle East, and he was an artist-in-residence at the 2013 SXSW Festival.

Otis Kriegel was also commissioned by The White House to participate in the South By South Lawn Festival (Obama Administration). In 2018, Otis gave a TED Talk about this work. 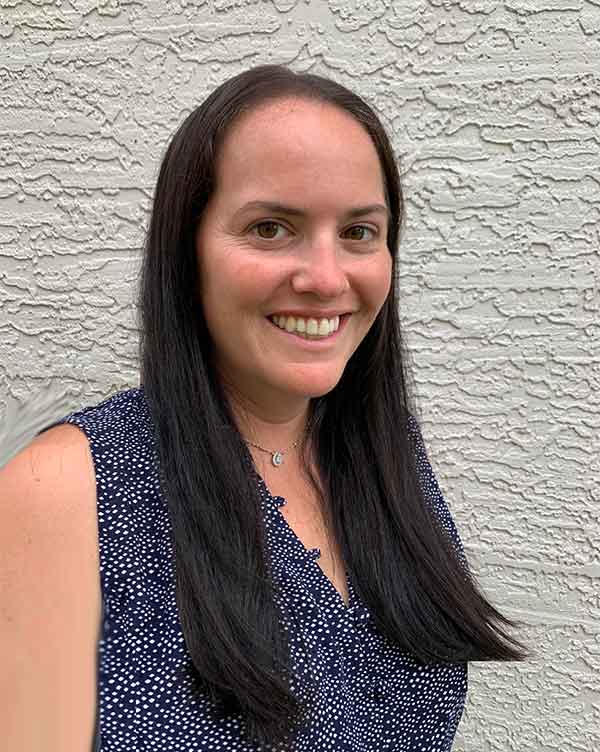 Pamela Burns’s passion for elementary education is realized every day as a Kindergarten teacher at a public school in Boca Raton, Florida, were she is the team leader for kindergarten. She has successfully worked with a wide range of students from primary through intermediate grades across the Boca Raton area.

Pamela Burns is an expert at differentiating instruction to meet the needs of all learners. She is experienced at designing readers’ and writers’ workshop lessons that promote balanced literacy, student engagement, and strategy-based instruction. Pamela’s lessons integrate decoding, fluency, comprehension, vocabulary development, critical thinking, response writing and spelling. Pamela is trained in Orton Gillingham and The Hochman writing process. Pamela is also skilled at teaching math to younger learners through a hands-on and experiential approach. Through use of various manipulatives, TouchMath and other programs, Pamela helps students to develop improved number sense, quantitative reasoning, and problem solving strategies.

Pamela’s high energy and enthusiasm for learning is contagious! In the words of Mark Twain, “It is noble to teach oneself, but still nobler to teach others.” Pamela creates magic in the classroom every day and helps every student to feel special, valued and connected. 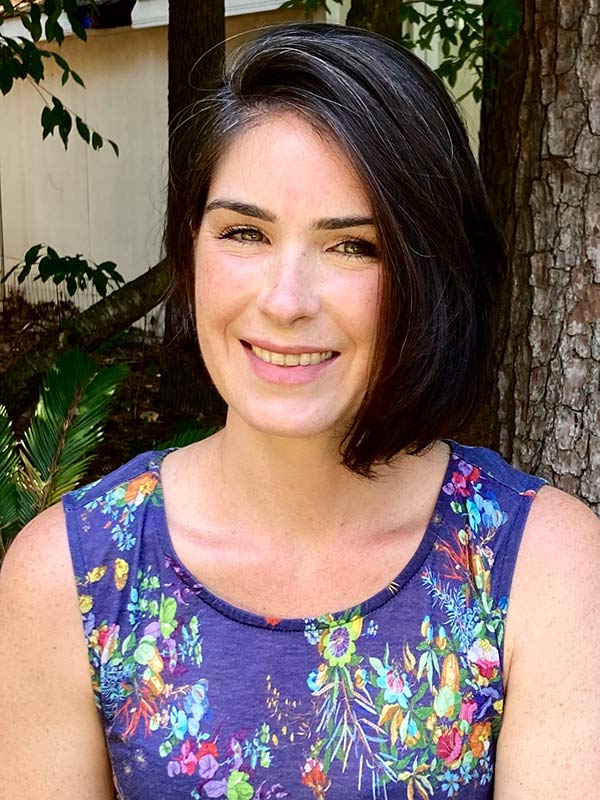 Christie Alexander, a compassionate teacher and private tutor with a talent for building strong relationships with students and families, has filled multiple roles in early childhood education. Most recently, she taught kindergarten at PS 234 in Tribeca, where she successfully aided her students and their families in the transition to remote learning. It was during this time that she came to fully appreciate the value of connecting with her students through one-on-one online meetings. In a challenging new learning environment, Christie prevailed in providing her students with rich learning experiences, receiving much positive feedback from the parents of students in her class. Furthermore, she bolstered her students’ academic skills in reading and math through a variety of differentiated activities.

Previous to teaching at PS 234, Christie Alexander taught pre-k and kindergarten at Little Missionary’s Day Nursery, a private school in the East Village. In this role, Christie took great joy in creating a project-based curriculum which followed student interest and integrated learning across content areas.

Christie Alexander earned her B.A. from American University, double majoring in International Studies and Spanish Language. After earning an additional degree from the Fashion Institute of Technology, Christie worked in the private sector for several years. Christie’s diverse work experience has added to her robust skill set as an educator; along the way she has honed organization and management skills, problem solving skills, and the ability to coach young children through emotional learning. Christie has experience teaching Investigations, Teachers College Reading and Writing Units of Study, Fundations (an Orton-Gillingham based program), and Sounds in Motion.

Becoming a mother is what made Christie discover her passion for working with children and drove her to pursue a graduate degree in Early Childhood Education at Hunter College. After graduating, she entered the workforce and hasn’t looked back.

In her free time Christie enjoys traveling, reading, cooking and baking, kickboxing and exercising, and spending time with her family.