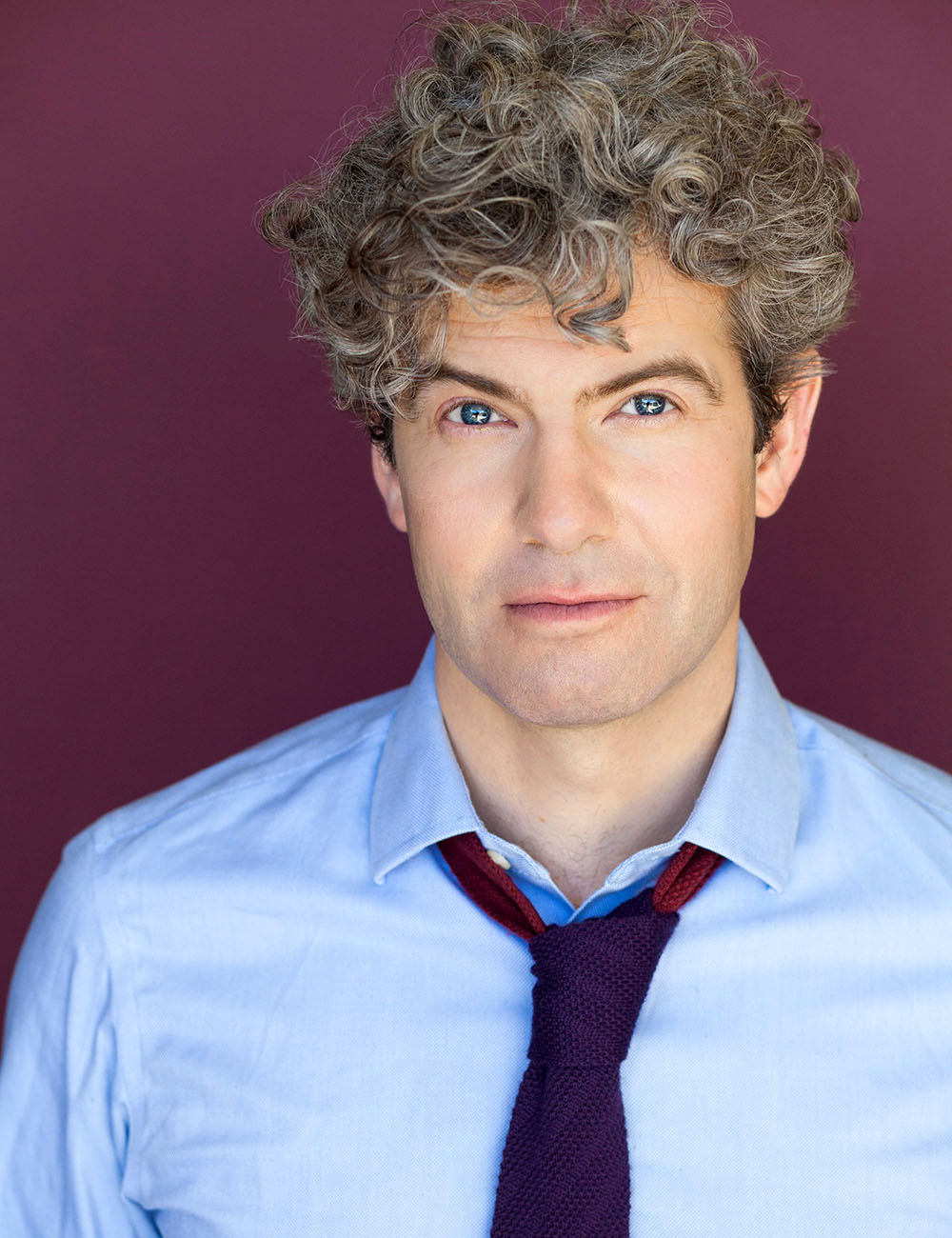 Nick Thomas has tutored for over 20 years in London, New York and Los Angeles, tutoring students in all five continents, including members of the Royal family, descendants of Presidents and other prominent business, artistic and political families around the globe. His broad familiarity with the academic systems of the US, the UK and Europe help inform his incisive and far-reaching approach to tutoring.

Nick is a passionate believer that the ultimate goal of education is to teach problem-solving skills, which are all too often overlooked in most schools. By teaching students not just the facts, but how to make sense of those facts, how they interlink and how to apply them, Nick’s students end up being more engaged, more excited, and more empowered to think for themselves, consequently getting better marks and getting more out of their regular school experience.

This all-important, life-long skill of problem-solving, which will set up your child for success in college and in their chosen career, can truly be learnt and taught on any subject. So while it is not surprising that Nick is enormously in demand for all levels of test preparation and math, he is equally able to help students who are stuck in Latin, modern languages, essay-writing, English literature and science. By focussing on the logic and meaningfulness of these subjects, Nick’s students click with the material, after which the material comes alive, becomes more interesting, and ultimately leads to the results that are desired.

Nick was a scholar at Eton College and Oxford University, wrote a column for the Guardian newspaper, published a book about advanced sudoku and appeared on the BBC to discuss solving logic problems. He also came second in the UK’s first ever Sudoku championship. More surprisingly, he is also a comedy writer and actor with over 15 million views online, and regularly collaborates with grammy-award-winning singer Jason Mraz. His sense of humor and creativity make sure that his sessions are always energetic and never dull! 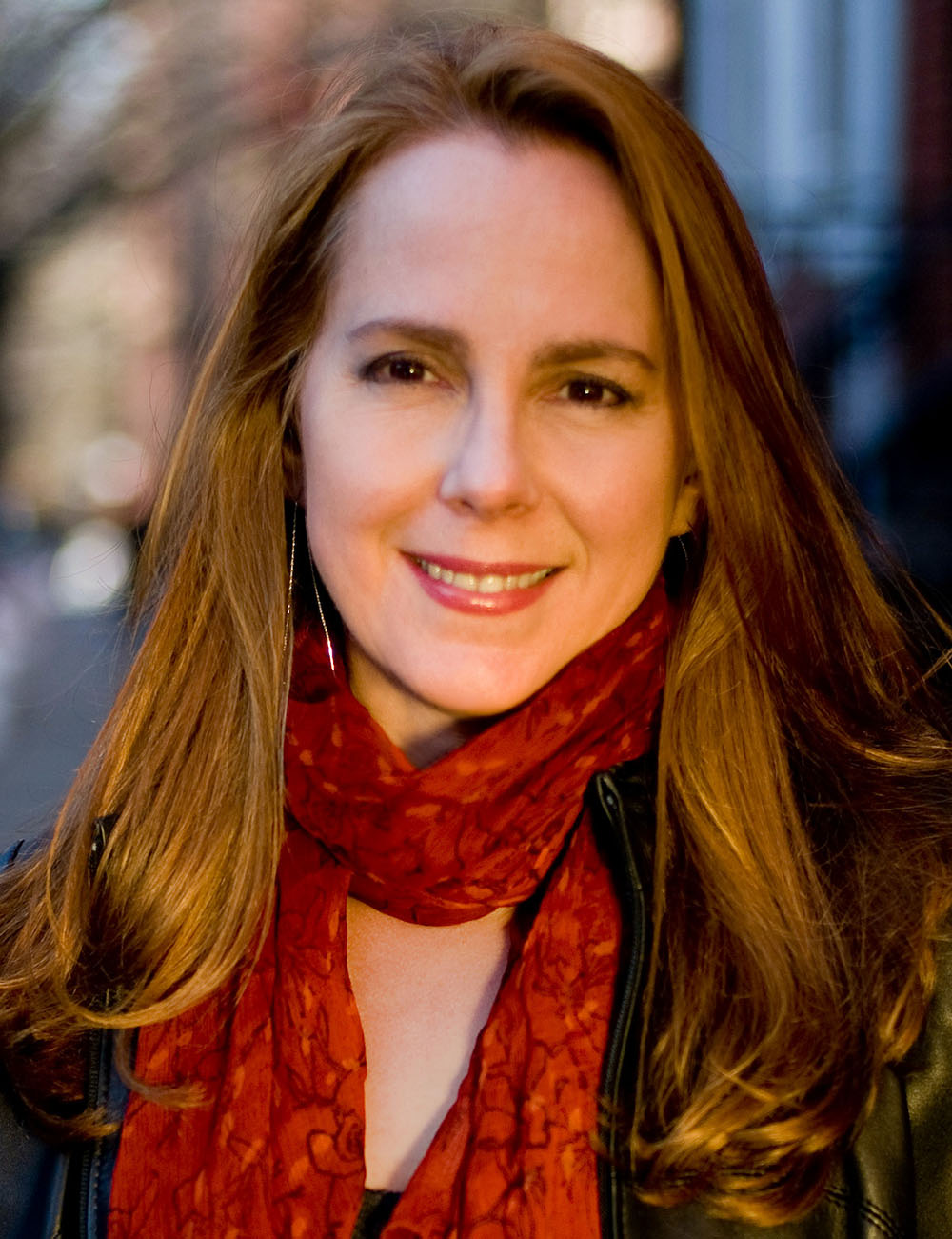 Hillary Jordan is an internationally bestselling author, screenwriter, public speaker, and creative writing teacher. Her novels, which have been translated into 16 languages, have sold over half a million copies worldwide. In addition to this work, Hillary privately tutors middle school, high school, and college students with a focus on writing coaching across the humanities and French language.

Her first novel, Mudbound (Algonquin Books of Chapel Hill, 2008), won the PEN/Bellwether Prize for Socially Engaged Fiction and an Alex Award from the American Library Association, among other honors. It was later adapted into a Netflix film that premiered at Sundance in 2017 and went on to earn four Academy Award Nominations. Mudbound and her second novel, When She Woke (Algonquin, 2011) were both long-listed for the IMPAC Dublin Literary Award. Her essays and reviews have been published in The New York Times Book Review, McSweeney’s, PASTE, and Outside Magazine.

Hillary Jordan has an MFA in Creative Writing from Columbia and a BA in English and Political Science from Wellesley College, which she entered at 16, skipping her senior year of high school. She received a 5 on the AP English exam and scored high enough on the achievement test in French—which she now speaks with near-fluency—to place out of Wellesley’s language requirement.

She has taught workshops at Stanford University’s online continuing education program, the Atlantic Center for the Arts (a 3-week intensive for teens), and Hudson Opera House, as well as many workshops and craft talks at literary festivals including Chautauqua, where she was a writer in residence. She is also a professional public speaker who has been invited to give talks at numerous universities, high schools, lit fests, and community read events (for Mudbound).

Hillary teaches how to write with intention; how to use tone, diction, syntax, and punctuation to shape compelling narratives. She teaches the importance of “guts on the page”—digging deep and taking the risks that make writing irresistible to readers. She teaches the magic of revision (something students often resist doing) and shows how stories and essays shapeshift and improve over multiple drafts.

She is represented for screenwriting by Anonymous Content and has been a member of the Writer’s Guild of America East since 2019, when she was hired to write the film adaptation of When She Woke. She’s currently at work on an original screenplay and a third novel.

Hillary grew up in Dallas, TX and Muskogee, OK and currently lives in Brooklyn, along with half the writers in America. 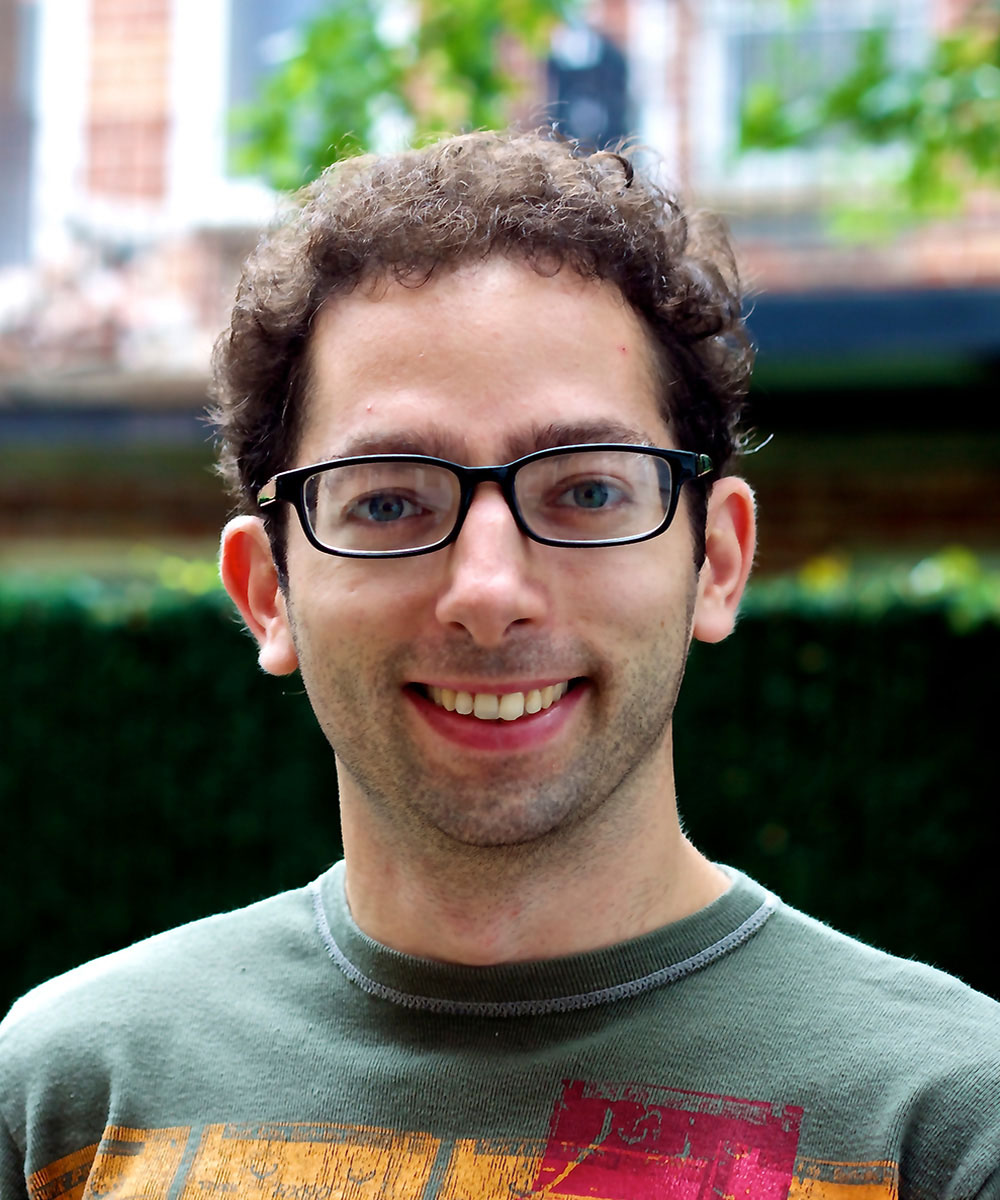 Misha Shklyar first started working on advanced math when he won 2nd place in St. Petersburg, Russia math competition and was recruited into the city math team. He continued his intensive studies until he immigrated to NYC with his family in 9th grade. Right away, Misha joined the math team at Brooklyn Tech and throughout his high school career won numerous awards, including 1st place in New York City Ingerscholastic Math League and 1st place in New York State Math League. Misha earned his Bachelors in Pure Math from Columbia University and then pursued a PhD in Pure Math at the Graduate Center. However, he realized that teaching gave him a lot more pleasure than research, so he got an additional degree in education and became a high school math teacher.

Misha started tutoring math when he was in high school and since then worked with students on all levels, from 5th grade all the way up to graduate school. The bulk of Misha’s students are high school students who need help in advanced math – subject SAT, Calculus or Competition Math. For example, a student needed to quickly learn BC Calculus to get a 5 on the AP and Misha made that happen.

Misha Shklyar is extremely passionate about advanced mathematics. Every Saturday, he works at two of the most competitive math enrichment programs in New York – New York Math Circle and Math-M-Addicts. Misha enjoys teaching challenging concepts the students don’t cover in school, like mass point geometry, inequalities and proof techniques. He also started a math team at his current school and is hoping to instill a passion and appreciation of mathematics among the students in his school.

In the past, Misha tutored high school math from Algebra I all the way through AP Calculus and AP Statistics as well as college-level math like Multivariable Calculus, Abstract Algebra and Real Analysis. He helped many students improve their scores on SAT and ACT. He also worked with students on deepening their knowledge with advanced material that went beyond the school curriculum, which involved help with AMC 8, AMC 10, AMC 12 and AIME.

Misha doesn’t have much free time, but whenever he has a spare moment, he likes to fold Modular Origami models. Some examples of those models can be found in this video:

Rachel Levinsky has been an educator for over 20 magical years. She has been a New York City public school educator for 18 years, and has also taught in Chile, Egypt, Taiwan, and Shanghai.

Rachel’s undergraduate studies at Colorado College, graduate work at Columbia University’s Teacher College for a master’s in curriculum development, Hunter College for certification in administration, and Hamline University for a master’s in TESOL have prepared her with the skills to plan tailored curriculum for specific student needs. Rachel has two sons and the family enjoys hiking, camping, traveling, and lots of baking. The house is always filled with the scent of someone’s cooking project and the walls are lined with everyone’s favorite books. Rachel loves incorporating these interests into her teaching, often teaching fractions through baking or sewing projects, or working on writing skills by creating plays. No matter what your child’s interests are, Rachel will find a way to include those special assets in their work together.

Rachel Levinsky has teaching and private tutoring experience with all elementary ages and also taught middle school for eleven years. Rachel has been a classroom teacher, English as a New Language teacher, and an interventionist, supporting struggling learners in reading, writing, or math. Teaching so many different subjects and students has helped Rachel develop a facility with adapting to any new learning environment and meeting any student’s needs accordingly. Rachel always incorporates games and projects so that learning is fun and engaging.

Rachel works to light the spark that leads to a lifelong love of reading. Matching children to the perfect book series is a particular joy. Rachel has a wide library of books for all levels of readers. She is trained in Heggerty, Sounds in Motion, and works with a Bank Street literacy initiative. All of these programs develop children’s phonemic awareness, as hearing the sounds that compose our words is the basis for reading. Rachel is also trained in Fundations (an Orton-Gillingham based approach) and SPIRE, two programs that develop phonics, the science of connecting the sound to the symbol.  Rachel also has 18 years of experience teaching with the Teachers College Reading and Writing units of study to develop reading comprehension.

Rachel is currently using the Illustrative Math program, a constructivist program that provides multiple opportunities for learners to build number sense through games and problem solving. She also has experience with Engage Math. Rachel works to build students’ confidence in math through games to develop number sense and applying literacy skills to understanding word problems.

Rachel believes in asset-minded teaching, harnessing your child’s strengths to approach the areas of struggle. With engaging activities and games, your children will develop a growth mindset, understanding that while certain skills might be challenging for them now, they are always making progress. 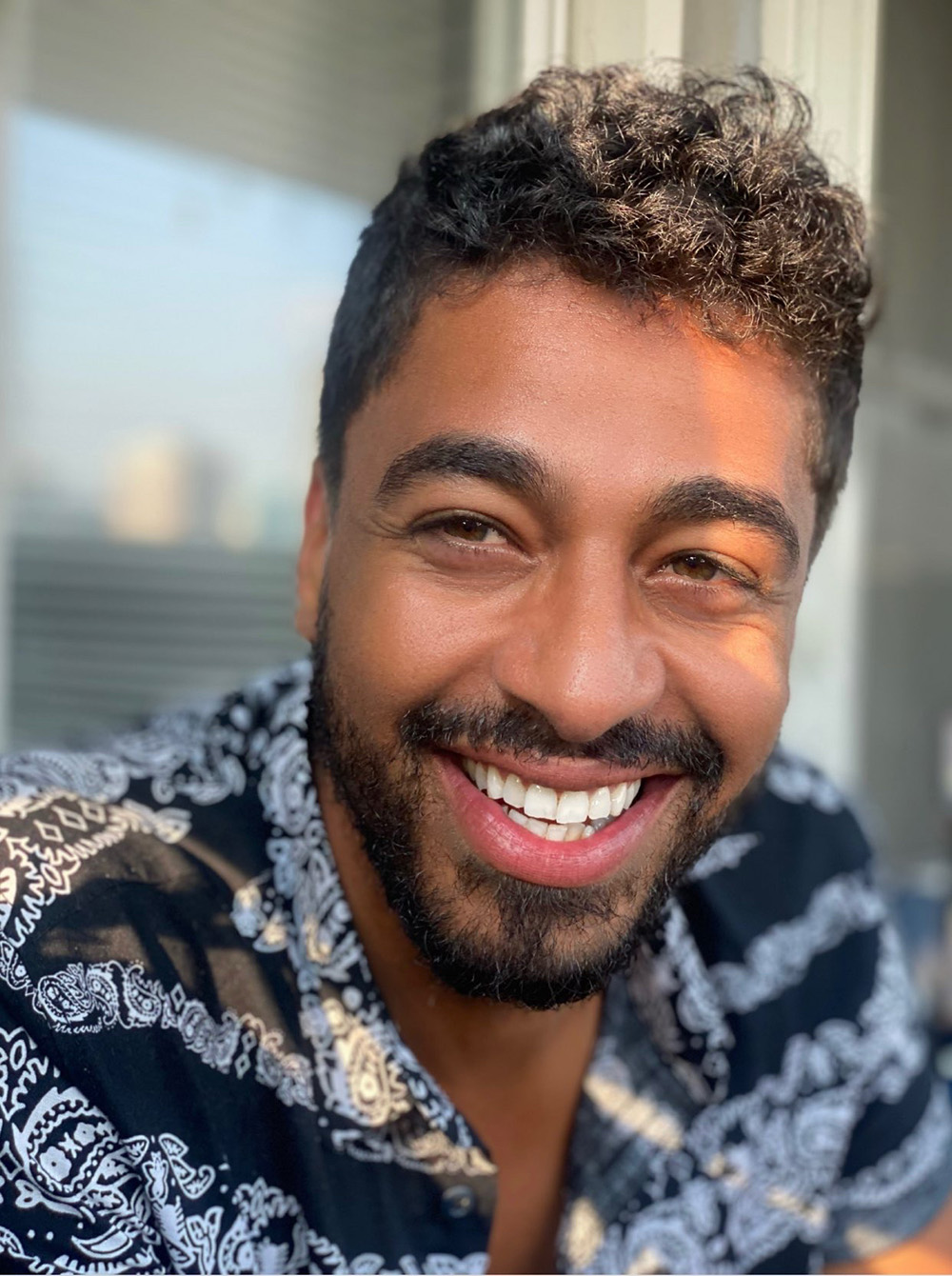