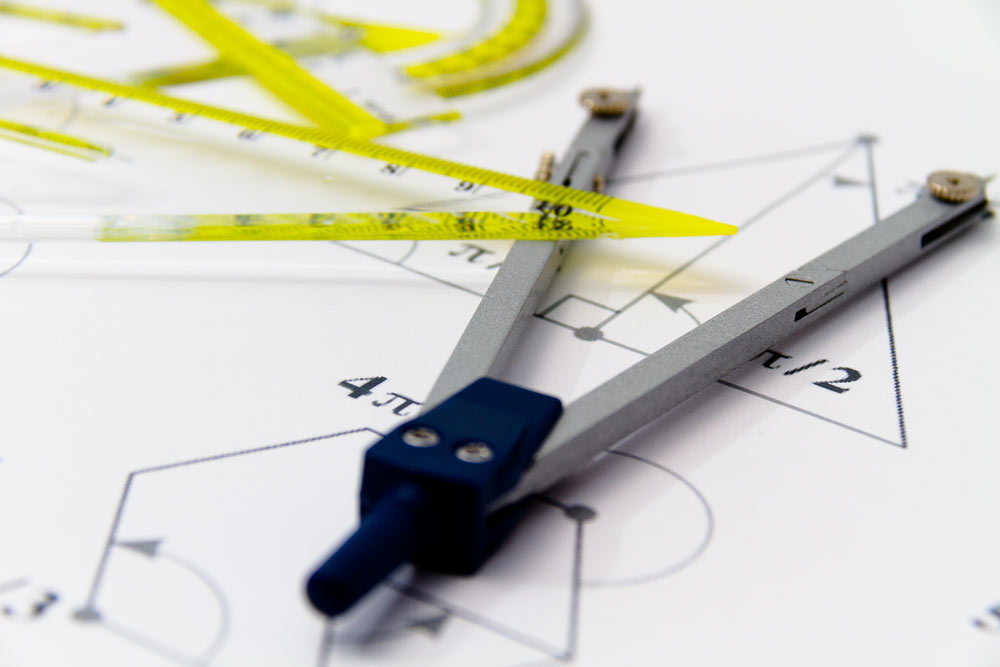 Having struggled through out high school in math classes, I often wondered when would the quadratic equation ever matter in real life? Outside of balancing my checkbook and building a budget—two things I still am not disciplined enough to do on a regular basis—math has not been my friend. I’ve focused my career on teaching English and arts education issues; until recently I had not thought too much about the crossover of math and art (except when I needed to figure out how large of a window to cut in a matte board for framing a photograph). Yet, as I have come to acknowledge, math, namely geometry, does indeed play a significant role in the design and aesthetics of architectural structures.

One cultural institution here in Manhattan that includes math-related tours and workshops is the Cathedral Church of Saint John the Divine. Its Department of Public Education and Visitor Services, a secular department of the Cathedral, offers a variety of tours for students in grades K-12 that incorporate the diverse artistic aspects of the Cathedral’s space. I had the chance to join a group of students from P.S 278 in Upper Manhattan on a Geometry Tour to see how architectural concepts fit into their math and social studies curriculum. These 6th graders got to experience, and in some cases act out, mathematical principals that inspired architects in constructing the world’s largest cathedral over 100 years ago.

At first, the group seemed hesitant to proceed into the imposing Gothic and Romanesque architectural space that, according to one student, looked “like a place in Mortal Combat.” Yet students quickly engaged in the geometry tour, which they could connect to their class work designing a Greek temple and amphitheater. It should be noted that this class is also participating in a program with the Salvadori Center, which uses the built environment to teach students about math, art, social studies, and technology. Students were impressed to learn that the length of the cathedral is longer than two football fields, at 601 feet long; at its highest point, the cathedral stands 124 feet tall. Each of these numbers adds up to seven, a sacred number. When asked if they could think of the significance of the number seven, students made the connection between that number and the number of days of creation and days of the week. One student piped up that seven is the “lucky number of God.” At this point in the tour, the term “sacred geometry” entered the conversation, with students learning how numbers played a significant role in designing this and other sacred structures.

Next, students sat in pews beneath the ribbed gothic vaulting and examined how the columns support the building. While it’s one thing to look at this architectural feat, it’s another to become it. Forming a human arch with their arms, two taller students stretched out their arms up and locked fingers (only slightly awkward for the 6th grade boy and girl), while a shorter student played the role of “gravity,” attempting to hang from this “arch” and test the “architecture.”

Students also got to touch the granite and limestone blocks of this building, which is still a work in progress.  (Over the years, it has had several architects, which also accounts for its diverse architectural styles.) Students studied the geometrical patterns in the floor tiles of one of the seven chapels as well as the rose window that frames the main entrance of the Cathedral.

A hands-on workshop followed in the Madeleine L’Engle Library (Ms. L’Engle was a librarian at the Cathedral for more than 30 years). Applying their geometry skills to art projects, students created stained glass windows by cutting holes in black construction paper and gluing tissue to one side; used a compass to create rose windows; folded paper to make origami cathedrals and peacocks (the Cathedral has resident peacocks); and traced shapes to make Celtic knot patterns, another design feature in the Cathedral’s architecture.

In addition to the Geometry Tour, groups can embark on the following tours: Medieval Journey; Architecture; Sensory; Ecology; Literature; Symbols; On Common Ground; Music; and Vertical, which culminates with a view of Manhattan! Each tour can be complemented by a supplementary hands-on workshop, during which participants create artworks that reflect the theme of the tour. The education programs support New York State and Common Core Learning Standards; guided tours enhance classroom curriculum through interactive approaches, including Visual Thinking Strategies, inquiry, observation, object-based learning, and hands-on activities. Tours can also be customized to meet each group’s interests.

At My Learning Springboard, we can help design such interactive educational experiences at cultural institutions across New York City.

Other Posts You May Like
Can Students "Go Deep" with Digital Reading?
Online Learning: Supporting College Students
Taking Notes About College Visits