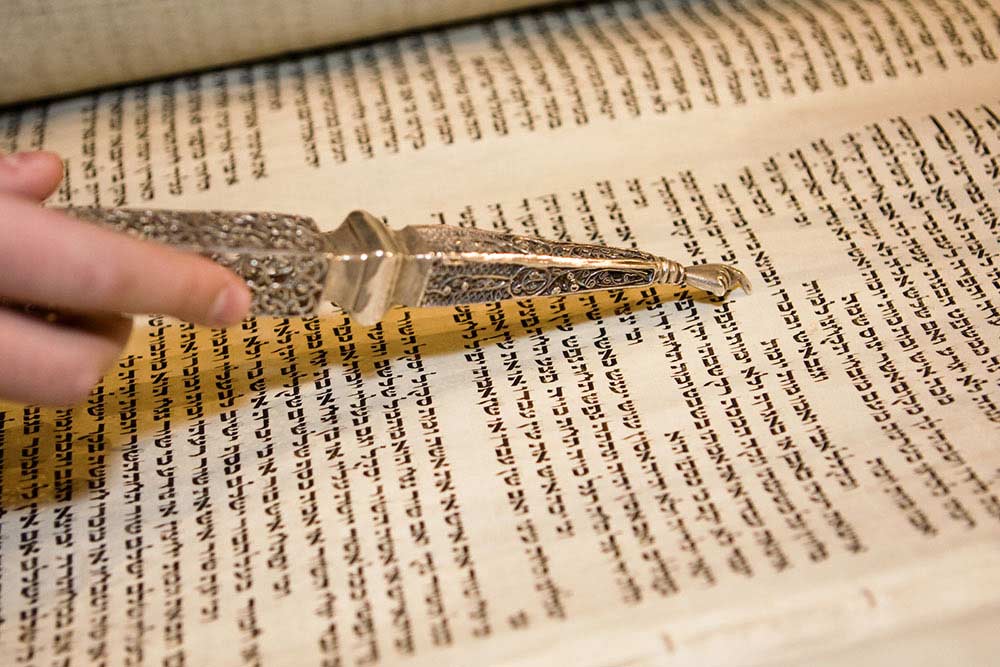 Excitement  filled the beautiful room of the Alexandria River Park as family and friends eagerly anticipated joining the family in the age old Jewish tradition to become a Bar Mitzvah. The guests were welcomed into a beautiful space, where soft, elegant light gray drapes enveloped the room creating a warm atmosphere readying them to enjoy what proved to be the start of a very special evening. As the décor was minimalist in nature, the elegant statement it made was undeniable.  The chairs were set in an arc like formation, reminiscent of theatre in the round and held a blue ribbon bound, white siddur that allowed them to peek into what to expect from the ceremony to become a bar mitzvah.

As the ceremony began, his parents presented him with a family Tallit which was originally given to his great grandfather from his great grandmother. The Tallit has been used in most of  the  family’s events since then including his father’s Bar Mitzvah, his parent’s wedding and the Bar Mitzvah’s of his sister and all of the cousins. The powerful moment of this tallit ceremony was filled with sentiment and connection to tradition.

Amid all the elegance, colorful kippot from a South Africa free trade Judaica organization and decorated in the logos of Coca Cola, Fanta, and Sprite sodas were seen perched upon the heads of the young guests. They were so much fun that even the adults enjoyed wearing them.

As his D’var Torah was articulated, he asked the very same questions that our ancestors asked throughout the centuries. He spoke with conviction and knowledge as he shared his interpretations of the text that he spent so much time studying. He discussed and dissected it as intensely and thoroughly as would a scholar.  He spoke with feeling from the heart as he shared his personal experiences that led him to his Mitzvah Project that represented the newfound responsibility he had acquired as a Jewish adult.

As the lights went down the Havdalah service began, symbolizing not only the change from Shabbat to weekday, but also highlighting the official transition from his childhood to his Jewish adulthood.

He displayed confidence, composure and dare I say “coolness” as he stood in front of his friends and family.  He shared what he had learned so far as a Bar Mitzvah, becoming a Jewish adult and a responsible human being.  It was a joy to have this delightful young man as my student as we studied, questioned and grappled with our ancient texts. It was even more joyful when his parents joined him at the bima and wrapped him in his family tallit and the Shehecheyanu was recited which expressed gratitude for “… us to reach this moment, this occasion, this joy.”

Click to read The Journey To Become a Bar Mitzvah, Part 1.

Other Posts You May Like
Does My Child Need An IEP?
Still Working on Those College Applications?
Unlocking Difficult Students