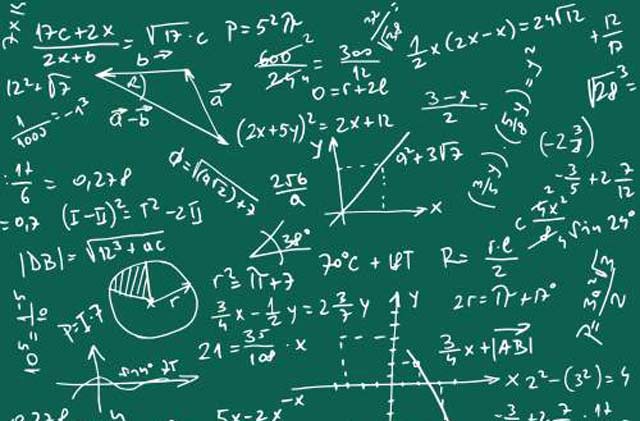 At elementary school age, many thought I was a math prodigy. Several schools and countries later, I wasn’t so sure, but my dormant math talent mysteriously re-awakened at around adolescence, a time of re-discovery and of finding your place in the world.

My mathematics development worked out fine from there except that I was self-taught from eighth to twelfth grade and there were no internet resources in those days so I studied from my father’s engineering textbooks which meant that when I reached college, I knew how to solve partial differential equations but had a limited grasp of linear algebra. I was determined that if I ever had a child with the same mathematical gift, I would nurture that spark at an early age and keep it glowing.

It was a challenge. I became the “parent from hell” to my son’s second and third grade teachers. Having been a Middle and High School math teacher I was shocked at how fearful of mathematics many elementary school teachers seemed to be. My child and others were bored with the repetitive activities they were expected to perform.

Teachers seemed to aim at just below the middle of the class so that most felt they were geniuses, whereas in fact they were simply not being challenged. As a Middle School teacher, I remember once being instructed to give one of three grades on my report – Excellent, Good and Above Average.

Self-esteem trumped all other considerations – but at what cost?

Conversations with teachers became unproductive – I was accused of teaching my son too much at home, thereby making school boring. My son was also instructed to help other students for the whole of third grade – a worthwhile endeavor up to a point, but at no time was there any desire to challenge him. Class size was one of many problems, so when a private school insisted they would challenge him no matter what his level, we jumped at the opportunity.

At first, there wasn’t a noticeable change – he was simply given extra worksheets, but there was a recognition that he needed more stimulus than most others in the class. He was given more advanced textbooks, which he would work on when he finished his classwork, but it felt more like “punishment” since regular schoolwork was time-consuming even if it was easy. The break came halfway through fifth grade when his teacher realized that we were running out of materials and offered to put him on the online program (ALEKS) that the Middle and High school was using.

He still had to do regular classwork, but he was more energized now since there was nothing holding him back. He could learn by himself, without waiting for me to have time to teach a new topic. The program gave him multiple ways of tackling problems and he looked at all of them before deciding which one he liked best, putting him more in charge of his studies. There were frequent tests, at the end of which he would have to re-do topics he hadn’t covered well enough, while simultaneously covering new material – a fruitful balance of review and new learning. When he started Middle School, he was allowed to skip math class – the other option was to join tenth grade math, but it was socially too daunting.

Instead, he finished his non-math homework in those “free” lessons, and did math at home with me. I felt it was a huge decision to hand over this responsibility to me, and I always worried about how I could “prove” to the administration that I was being responsible. One way, I thought, was to try standardized testing. With no preparation, my son took his SAT I exam, not having much clue about the English portion but scoring 720 on the math – enough to get him into the prestigious SET program run by CTY. For the writing portion, I told him to write about chess, no matter what the topic.

The question was “Do you think equality will ever be achieved?” and he started with “On the chess board, the pieces are unequal but in certain situations, a weak piece can take on the same value as a supposedly stronger piece…”

Exam results and recommendations got him into CUNY (Hunter College) where he has started Calculus III at the beginning of eighth grade, going to college two evenings a week for college credit while still a full-time Middle School student. Is this a bridge too far? I’m not sure, but college courses were the logical outcome of his rapid ascent through the curriculum.

Did we cover things too quickly? Perhaps. There are gaps (e.g. geometry) but we have enough time to make mistakes and repair them before he becomes a full-time college student.
The important lesson was to adapt our approach and give our son the tools he needed to thrive. To give our son the opportunity to do his best by adapting our approach as need be.

Other Posts You May Like
Problem-Solving Strategies
Simple Advice for a Great School Year: Planning and Organizational Systems
Dr. Dorothy Strickland on Improving Early Literacy Skills