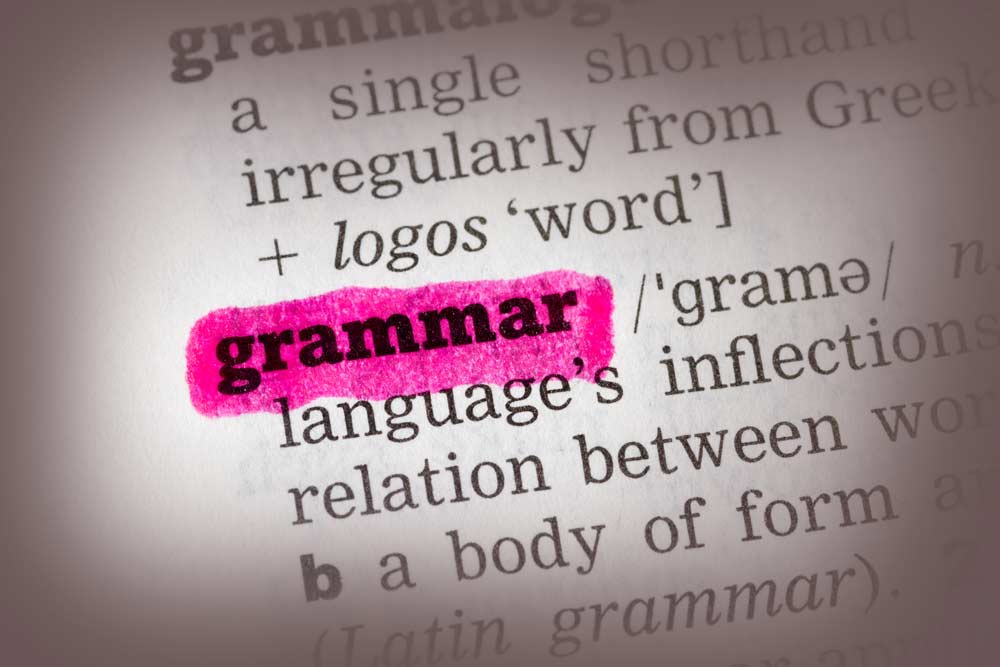 I hated being taught grammar. Seventh grade seemed to me to be an endless parade of rules and regulations and proper ways of doing things. I read a lot growing up, R.L. Stein and Stephen King and Michael Crichton, and I felt like I knew what I was doing, so why did I need to learn about how language worked if I was already using it?

To my 12 year old self, my seventh grade English classroom was where language went to die; the magic of words – their ability to transport you, to capture a feeling you thought no one else experienced, or to embody a sense of rhythm and rhyme that is very nearly musical – was stripped away and in its place was left that ugly seven letter word: grammar.

So what is grammar? Linguists, who study language for a living have said that it can mean many things- including the way a person actually speaks. “I ain’t gonna go” – or the conventions of language we are taught in school – “don’t end a sentence with a preposition.”

These linguists stress that no use of language is inherently better than others. Some uses, however, carry greater social currency: Standard Edited English, a dialect that is usually learned rather than spoken naturally, is what we’re expected to master in order to get good grades and eventually a job.

The rules of grammar (proper semicolon usage, subject / verb agreement, consistent verb tense) are empowering and effective tools because they help you express yourself clearly and guide your reader. They allow you to be understood. By mastering them and showing the reader you care about their ability to comprehend what you’re saying, you already have a leg up in terms of winning their trust and establishing your own credibility.

Grammar is technique, not magic. It is craft. But only through the mastery of craft can you use language to clearly express a thought and maybe even soar to the great heights that forge a meaningful connection between you and your audience.

Other Posts You May Like
Effectively Praising Your Child: Part I
The Coalition for Science After School and Enrichment Teaching
With Practice, Any Child Can Learn to Reduce His or Her Stress