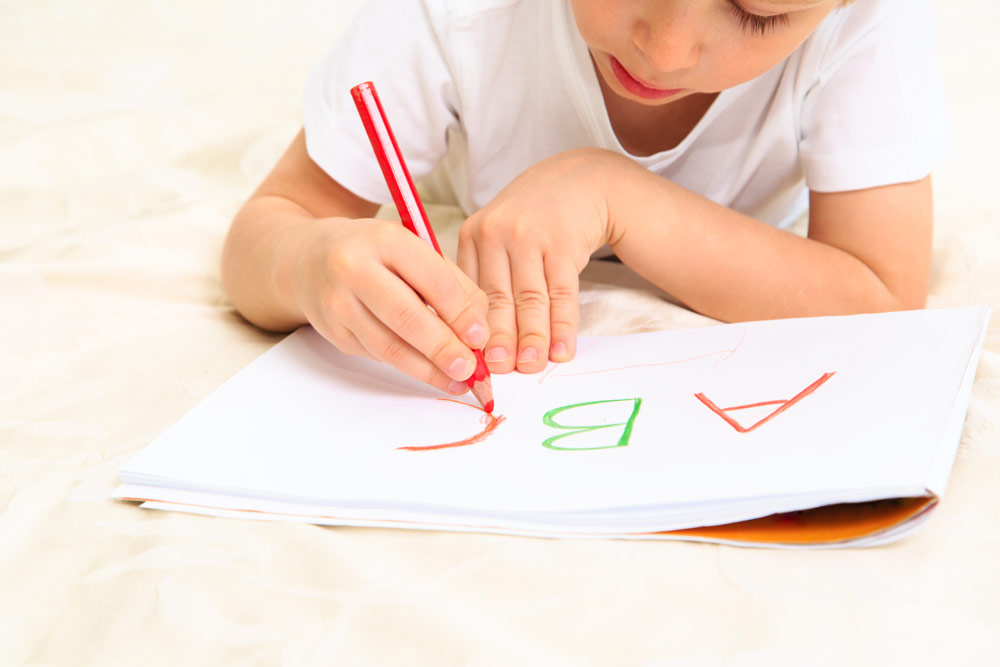 A specific learning disability that is neurological in origin.  It is characterized by difficulties with accurate and fluent word recognition and by poor spelling and decoding abilities.  These difficulties typically result from a deficit in the phonological component of language that is often unexpected in relation to other cognitive abilities and the provision of effective classroom instruction.  Secondary consequences may include problems in reading comprehension, and reduced reading experience that can impede the growth of vocabulary and background knowledge.

In the late 1800s and early 1900s, reading difficulties such as Dyslexia were simply known as “word blindness.”  In the early 1900-1960s, factors such as, ecology, lack of cerebral dominance, and eye movement became popular “causes” for literacy troubles.  Emotional problems also became more credible as forms of interference.  The non-educational community often even attributed it to poor diet.  The most viable explanation was simply “multiple causation,” involving many or all of these factors.

As times changed, so did the views of many educational researchers.  In the 1970s, brain damage became an accepted explanation.  In  the 1980s, an interest arose in the role of defective memory processes as etiology in reading disabilities.  This was around the time when the schism developed between ability and achievement.  The cyclical effects of a student’s reading history (also known as the Matthew Effect) were considered to have a drastic impact on achievement, but not always ability.  This was quickly linked to and supported by socioeconomic status, as many children clearly had access to more resources that would help make up for any gaps in ability.

Currently, the role of phonemic awareness–the conscious awareness that words are made up of segments and sounds–has taken front and center.  After the technology boom, MRI machines became available to see the undeniable neurobiological factors and differences in brain behaviors between individuals in certain areas.

Neurologically speaking, there are three main areas of the brain used during the reading process.  The first is the Broca’s area, which is activated when vocalizing words in the mind.  The second is the temporal-parietal area, which decodes letter and word sounds.  This area specifically is shown to be much less active in people with Dyslexia.  The third area is the occipitotemporal area, which contributes to word formation.  The more a person reads, the more active the occipitotemporal area becomes.  Since individuals with Dyslexia probably have the least amount of exposure to literature and appropriate instruction, this area is often weak as well.

FMRI machines (Functional Magnetic Resonance Imaging) show which parts of the brain get the most blood. Although two of the three most important sections of the brain related to literacy are low in blood flow, it is possibly redirected to other areas.  An overacting phoneme producer is believed to be acting as this form of compensation. This is why the phonemic approach to instruction is currently the most widely accepted approach – because it is the most scientifically valid.  As an educator, it is the approach with which I have had the most success.

The next step is seeing how we as educators can use this phonemic approach to redirect the reception of knowledge to a more useful area through different channels.  This is proof that Dyslexia is more of a learning difference than a learning disability, just like audio and visual learners have brains that work differently.  We redirect those learners to use their strengths.  With visual learners, we use images.  With kinesthetic learners, we use movement.  Our challenge now is to figure out where to direct the attention of students with Dyslexia to take advantage of their unrealized best way of learning.  In many ways, it is an exciting time of exploration for special educators and reading specialists as we are potentially on the forefront of a major discovery.

Other Posts You May Like
What are Executive Functions?
15 Can't Miss Spelling Rules!
Using iPad Apps to Support Reading Instruction