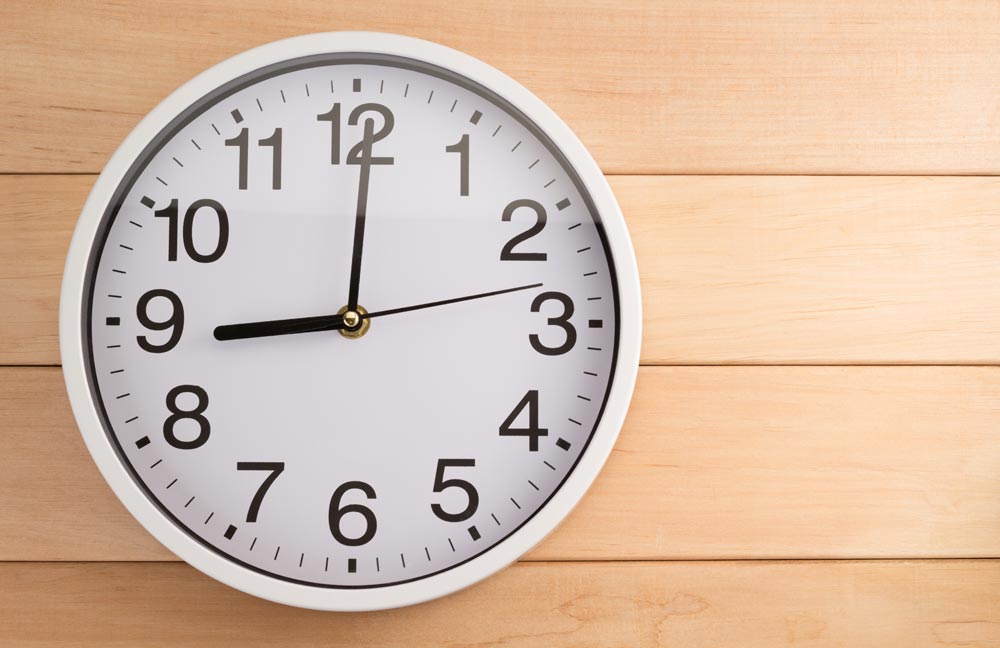 Chronically late people can be frustrating and baffling to anyone stuck waiting for them.

One main explanation for their behavior is deceptively simple, psychologists say: People simply underestimate how long a task will take.

That’s a little-known concept called the planning fallacy, which is a strong tendency to chronically underestimate task completion. The planning fallacy is one of the most difficult behavioral patterns to change, experts say.

“This is a judgment that you’d think that people would be motivated to get right,” said Justin Kruger, a social psychologist and professor in the marketing department at NYU’s Stern School of Business. “There are all sorts of disincentives and punishments for being late, and the paradox is we’re late even when those punishments and consequences exist.”

This kind of behavior can slow down workplace efficiency and drive longtime friends to distraction while they wait for a late arrival. Researches have studied the problem from all angles to get to why this happens. It can be anything from poor planning to a serious medical problem.

Roger Buehler, a psychology professor at Wilfrid Laurier University in Waterloo, Ontario, estimates that people on average underestimate task-completion time by as much as 40%. His studies have found the same issues for matters as small as mailing a letter and as critical as income taxes.

Researchers have tested several strategies that have been found to help people slow to finish their work. One involves predicting how long it will take to get something done based on past experiences. Another is breaking down a task into very detailed steps.

In a 2004 study in the Journal of Experimental Social Psychology, Dr. Kruger and a co-researcher found that when “unpacking” a task—or breaking it down into detailed steps—individuals provided more accurate estimates of how long something would take to get done. The four scenarios studied were getting ready for a date, holiday shopping, formatting a computer document and preparing food.

A study published in 2012 in the journal Organizational Behavior and Human Decision Processes found that prompting people to mentally picture a task from the perspective of an outside observer caused them to make more realistic predictions about how long the tasks might take, said Dr. Buehler, the lead author of the study.

The research of Jeff Conte, an associate psychology professor at San Diego State University, has found that there are some personality differences that can contribute to chronic lateness.

GET THERE ON TIME

A clinical social worker offers tips to be more punctual:

A 2003 study he co-wrote in the journal Human Performance examined 181 subway operators in New York City. The study found that those who preferred multitasking—a concept called polychronicity by psychologists—were more often late to their job.

In Dr. Conte’s research, Type A individuals—those who are fast-paced, achievement-oriented and hostile at times—tend to be more punctual, he said. Type B individuals, who are more laid-back, tend to arrive later. He documented that finding in a 2001 study he co-wrote in the Journal of Applied Social Psychology that included 194 college students.

Across three previous studies, Type A individuals estimated that a minute passed in 58 seconds, compared with 77 seconds for Type B individuals. “So if you have an 18-second gap…that difference can add up over time,” Dr. Conte said.

In terms of workplace tardiness, Lawrence T. White, a psychology professor at Beloit College in Beloit, Wis., said organizational psychologists have found that employee tardiness can be predicted by the age of an employee’s child. The younger the child, the more likely the employee will arrive late.

Employee tardiness is also predicted by low job satisfaction and a lack of organizational commitment, he said.

Experts say more extreme cases of chronic lateness may be symptoms of more serious health conditions such as ADHD, depression, obsessive-compulsive disorder or mild cognitive impairment, a precursor to dementia.

Such individuals often require treatments that can include therapy for time-management issues.

Lisa Bernstein is a Rockville, Md.-based clinical social worker with several ADHD patients. One of the strategies she uses with them is breaking a weekly calendar down into 30-minute increments.

Another strategy is setting up a rewards system. That could mean no Facebook or email until a certain amount of work is done.

The strategies have worked for Mary Talley. A client of Ms. Bernstein’s for about five years, Ms. Talley was diagnosed with ADHD as an adult and says her tendency to be late was a source of anxiety.

Creating an extremely detailed master calendar has been a huge help, said Ms. Talley, a 60-year-old founder of an information management consultancy in Washington, D.C. “She’s really helped me figure out how long something will really take,” she said.

Now she says she’s better at not booking appointments too close together and turning down things if she has to. And she finds that she’s much better about meeting people on time.

Take her last appointment to see Ms. Bernstein in January. “I was 10 minutes early,” she said.

Other Posts You May Like
12 Ways to Identify a Good School
National Mentoring Month: Why Tutoring?
Virtual College Visits Can Offer More than You Think