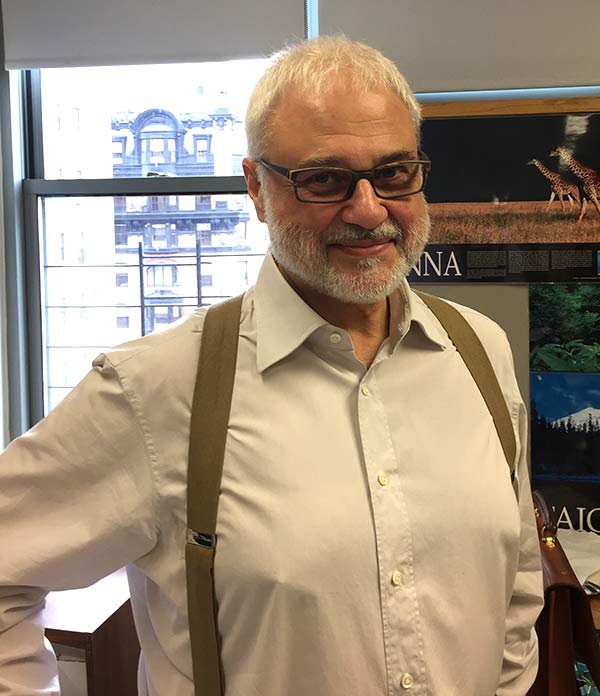 Bruce Hrnjez, PhD, is a physical organic chemist and private tutor. He tutors and mentors students at the middle school, high school, and college level, supporting course work, test preparation, research, science competitions, and independent study. He regularly works with students in New York City, as well as across the globe through e-learning platforms and collaborative tools.

Bruce was on the faculty at Collegiate School for six years. He taught organic chemistry, advanced chemistry, introductory chemistry, and introductory physics—courses that he either designed or redesigned. He was also the Science Olympiad head coach, varsity golf coach, upper school advisor, and research advisor for students working on independent study projects. Former organic chemistry students from Collegiate have found earning A’s in organic chemistry at universities such as Duke, Harvard, MIT, the University of Chicago, and Yale to be remarkably straightforward. Bruce spent a brief interlude teaching AP chemistry and introductory chemistry at Friends Seminary in 2019. He is now at Basis Independent Brooklyn, where his mandate is to create the chemistry infrastructure, develop the advanced chemistry laboratory curriculum, and mentor young science faculty.

Bruce Hrnjez did his graduate work at Johns Hopkins and spent most of his career conducting research and teaching at the college level. He was an associate professor of chemistry for nine years at Yeshiva University. At Harvard Medical School, he was an Instructor in surgery and a research fellow. Prior to his time at Harvard Medical School, Bruce was an assistant professor of chemistry for five years at North Dakota State University. He was a postdoctoral fellow in chemistry at the University of Chicago and at the University of Texas at Austin, where he was also a visiting professor. He has published his research in peer-reviewed journals.

As an undergraduate student, Bruce spent three years doing research in the laboratory of Richard Heck, who went on to share the 2010 Nobel Prize in Chemistry. Though Bruce didn’t realize at the time that he was contributing to Nobel Prize-winning work, he says that Richard Heck taught him how to think like a scientist and largely inspired his approach to teaching.