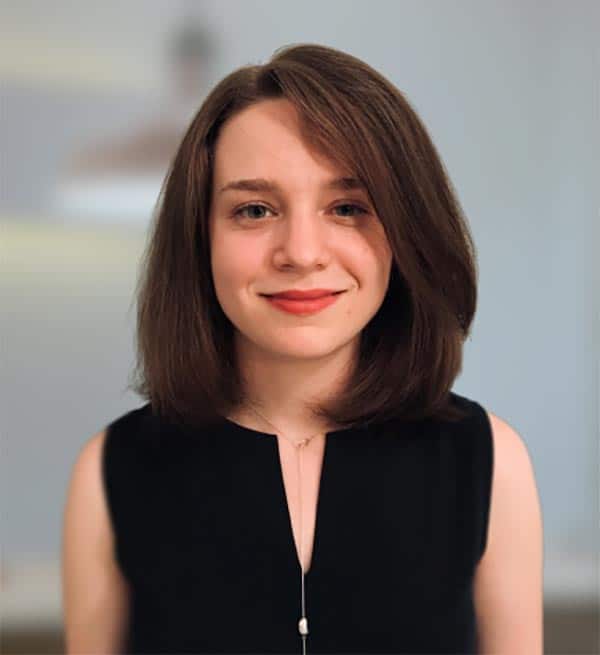 Chloe Lizotte is a private tutor and writing coach who lives in New York City. She loves helping people develop their voices through language, and she believes that with a little perseverance, everyone can tap into a passion that will guide them through their writing.

In 2016, Chloe Lizotte graduated from Yale University with a B.A. in Film & Media Studies. Since then, she has written on film and music for several publications, including Lincoln Center’s Film Comment, the Los Angeles Review of Books, and the Museum of the Moving Image’s Reverse Shot. In addition, she edited the print program for the New York Film Festival and contributed copywriting as an assistant programmer for the Tribeca Film Festival. While editing, she particularly enjoys workshopping pieces in-person, and she tried to do so as much as possible as an arts editor for the Yale Herald. When sitting down with students, she encourages an exploratory spirit, pointing to writing as a way of sparking emotionally engaging conversations.

Language has always appealed to Chloe: in high school, she won departmental awards in French and Latin, and also served as a Latin I TA. In college, she spent a summer in Paris studying French language and cinema. She has also conducted graduate-level translations of ancient Egyptian hieroglyphs. Across these languages, she’s learned to break down grammatical concepts to make them easily approachable, and she is enthusiastic about the real-world applications that can bring these topics to life.

Chloe also has experience in creative writing. Her original screenplay Prism placed in the top 20 percent of all Academy Nicholl Fellowship submissions, and she brings an open mind and positive spirit to collaborations with other artists. She sees analytical writing as a creative process, as well, and strives to instill tutees with the desire to invent and discover.